We went to the cinema last weekend to watch ‘Avengers: Assemble’! It’s called that in the ‘UK’ because of the original TV series ‘Avengers’ back from the sixties and the movie that followed. 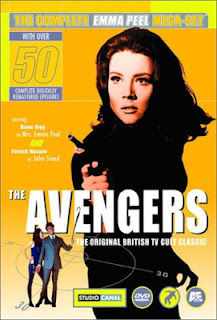 Anyway, the movie’s very good for what it is. What you expect is what you get. You don’t expect to watch high quality cinematography, acting and intriguing plot. It’s an action filled movie with lots of explosions, high end visual effects and quick sequences. There are some funny moments in it with sharp dialogues and unexpected outbursts. It’s the perfect huge-cola-and-popcorn experience. Especially for someone like me who’s been enjoying Marvel comic books for decades, although I have to admit that I didn’t like many of the movies Marvel made in the past (like all Spiderman movies) . 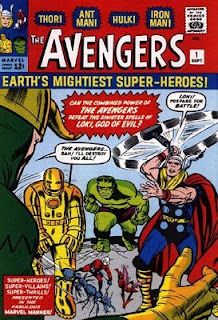 Unfortunately watching a highly anticipated by fans movie like that has its drawbacks. The theatre was full, including a crying baby and a mildly snoring elder guy right behind ‘JJ’. Especially the crying baby (his parents) was really irritating! He or she was silent and calm during the commercials and trailers. However, the moment the first explosions happened and Hulk smashed stuff (that’s not a spoiler, you expect him to smash stuff) he/she went berserk crying and yelling! The father decided after a while (not immediately) to take the baby out of the theatre, only to return moments afterwards hoping that the baby would remain quiet or sleep. However, the baby would cry again and they would again open the door and go out.  That going in and out of the room must have happened around 4 times! What were they really thinking? That the baby would sleep during the amazingly loud and slightly scary for a baby movie? I can understand that they can get fed up and need a break and go see a movie, but having a child means responsibilities! Even with the distraction of the cries and the opening and closing of the door next to screen, I did manage to enjoy the movie. I will just need to get the DVD to watch some bits that I missed.